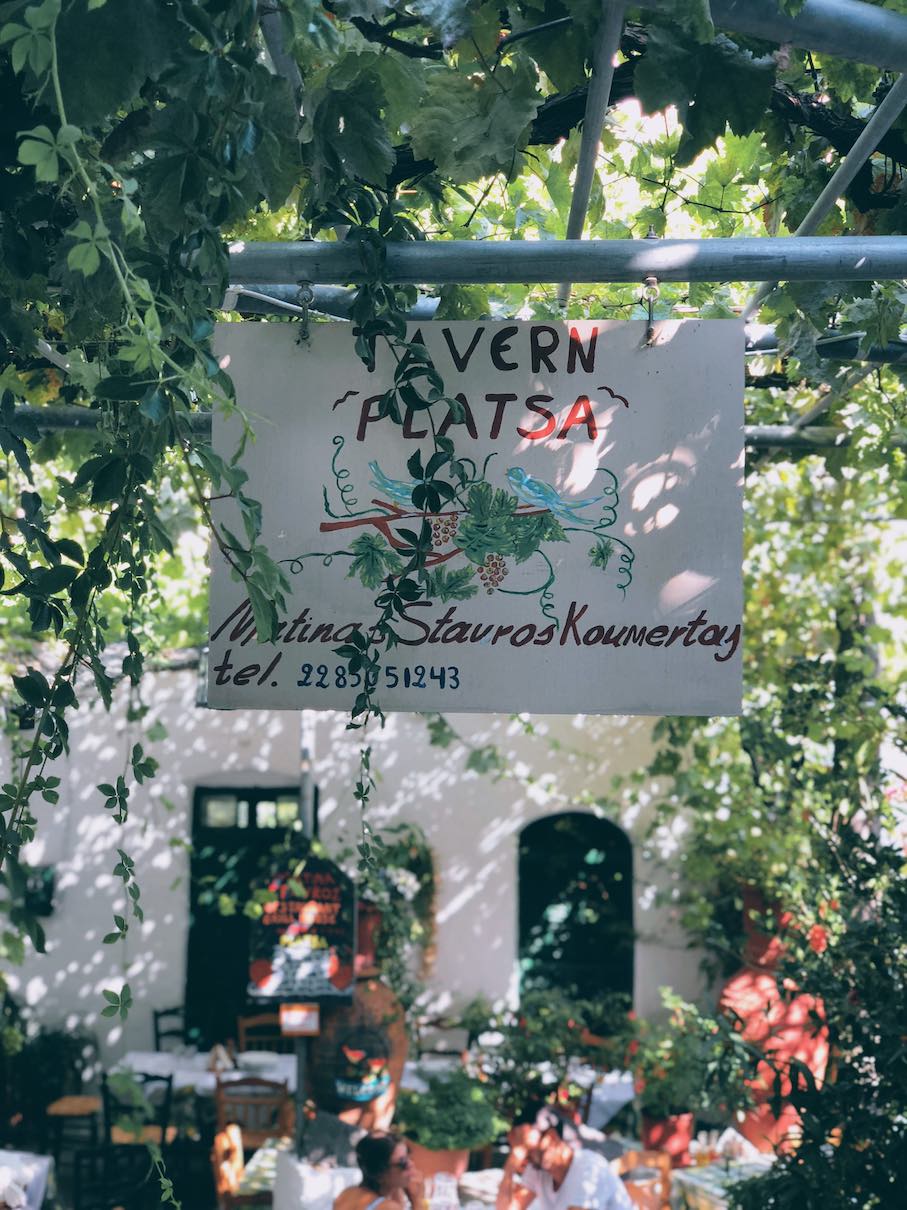 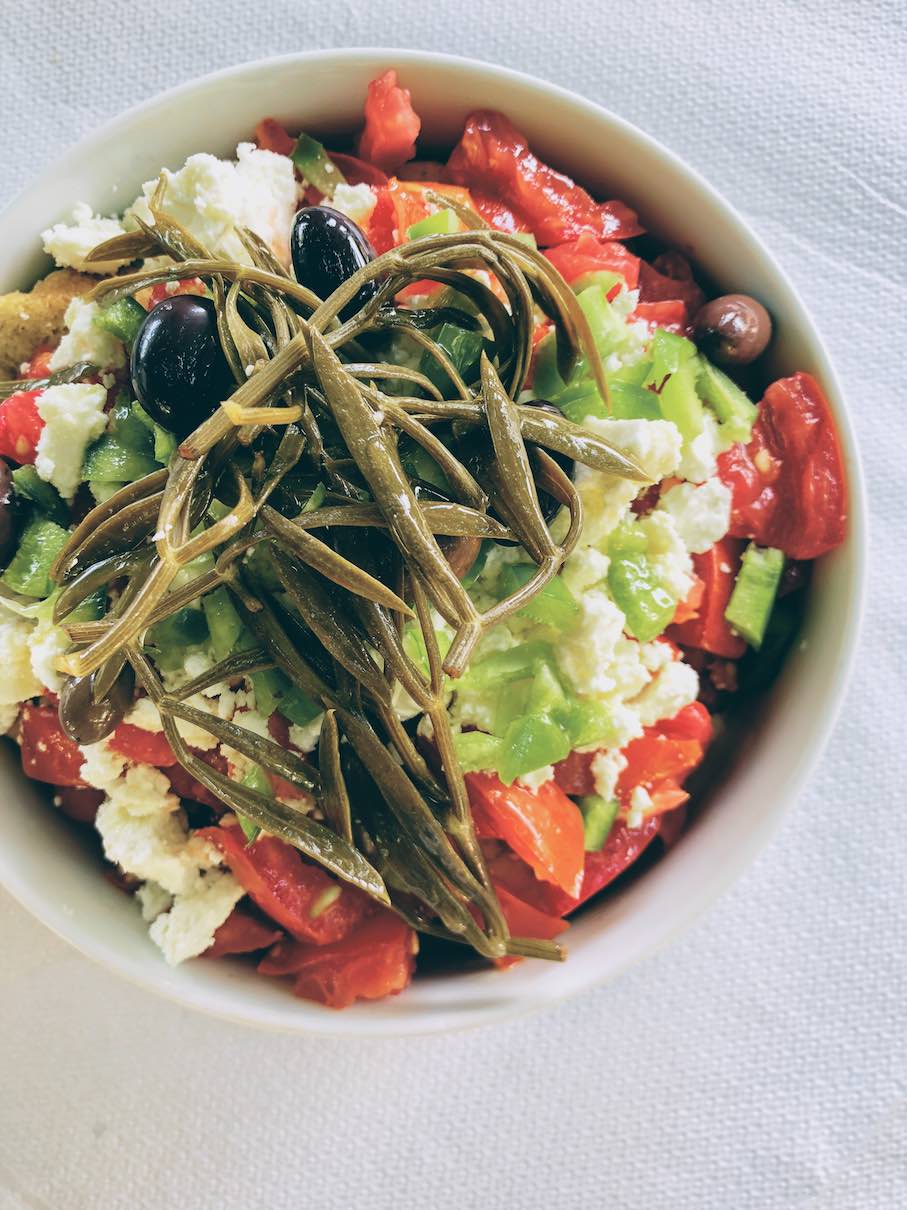 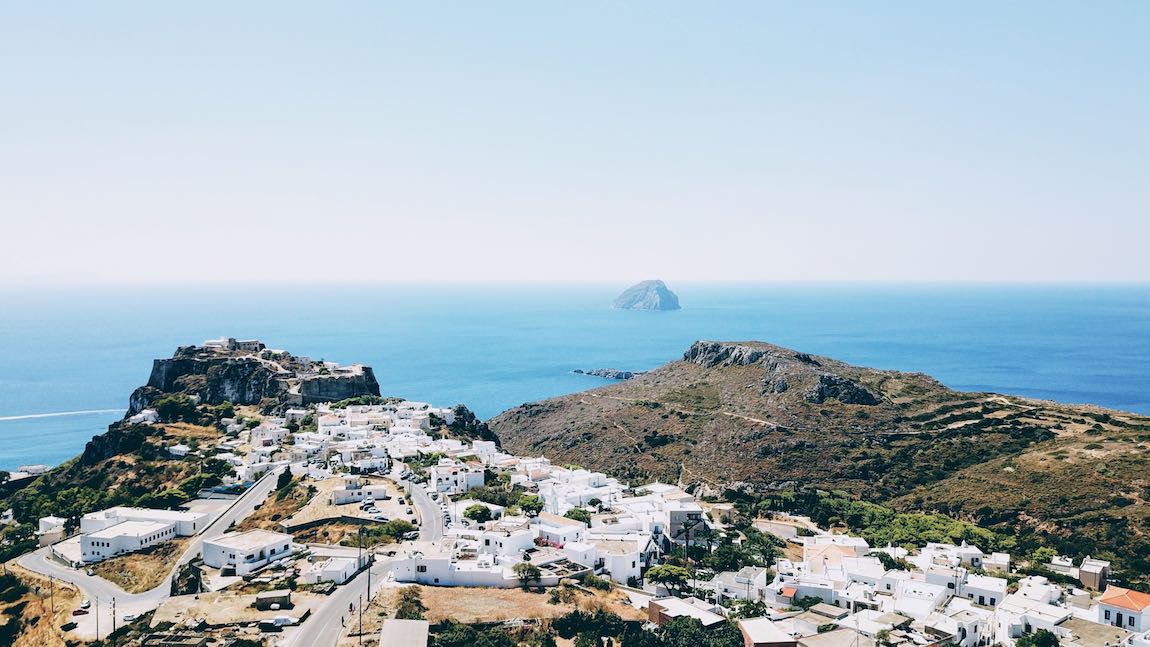 Discovering new places is always fun, especially when real life beats your expectations. This was the case of Kythira, a mid-sized island off the eastern part of the Peloponnese, and this general feeling of good vibes that I got as I first set foot on a warm August evening in Chora just as the sun was setting. Magical!

We started from the picturesque little neighbourhood of Mesa Vourgo right beneath the Castle of Kythira, a maze of little churches and small houses dating back to the 16th century, and started our ascend to Chora through the little alleys and small steps leading to the main street. The sun was almost about to set and the various little shops were opening for their night shift as travelers stopped left and right for the occasional photo opp.

Through the years, Greeks, Ottomans and Venetians have all left their mark on its architecture and culture, which now resembles an interesting mix of what the Cyclades, Crete and the Ionian islands have to offer. The island’s most characteristic monument is the Castle of Chora, dating back to the 13th century when Kythira was dominated by the Venetians that features an array of little churches and great view spots to the little islet of Hytra. Commerce and tourism traditionally flourished in Kapsali, a nearby seaside settlement, although Chora with its cute little alleys has been becoming the main centre of gravity for the past few years.

Living history behind, we go past Karavas that trades traditional rusks in various flavours, and find ourselves outside Kythira’s most recent addition to the food scene: Bon Bon Fait Maison. The brainchild of Kriton Poulis, a Parisian resident in the winter and co-oner of Kilikio shop, opened last year and offers the best ice cream and crepes we’ve tasted for quite some time now. Breakfast place Fossa is also a must-visit spot of the island for some hearty traditional dishes with a modern twist that was created by Antonis Stathis, a London barista by profession but avid Kytherian at heart.

A few kilometers down the road from Chora we get to Livadi to enjoy some nice traditional dishes for dinner at Pierros. Even though everything is literarily on the main road of the island, the restaurant is quite cosy and is a good option for not driving out too far out.

Although the island has a lot to offer as far as the beachtime goes, most of them are either west or east. Heavy on the eggs front from Fossa, we started first exploring the west side of the island with an aim to reach Kalami beach, infamous for its hard trek down. Unfortunately we hadn’t heard of the pre-requisite for sports shoes (for some better grip), but even so we managed to get ourselves down to this magical place after a steep descent to the blue oasis. A remote beach with small pebbles and one of the most amazing backdrop of step rocks – perfect if you’re looking to get way from the umbrellas and the loud families.

On the way back, we stopped at Mylopotamos to take note of the notable waterfall and the old mill along the same path. The Platanos taverna didn’t have much to offer as far as food went, but the setting underneath the walnut trees was indeed rewarding. A sip of some Greek coffee to wash down the dessert and off to a beautiful balmy evening back to Chora.

A bit further north lies the beach of Skylodimou. Again, pebbles, unorganised and a nice rocky backdrop. Melidoni is a nice option for an organised beach close to chora towards the same direction more or less with Sparagario beach (next to Kapsali) being the more alternative option for youngsters.

On a different day, we venture out to visit the east-side beaches of Kythira with the first stop at Fyri Ammos. The road from Chora is 12km long but the turns right and left make it a long one, with a magnificent volcano-like red cliff backdrop to compensate us as soon as we set eyes on this coast. An organised beach with a lot going for it – remote, quiet and with a great view to the Cyclades (when the winds are not blowing).

A few kilometers south another one, Halkos, for the more familial gathering (as this is much closer to Chora) but equally picturesque. No matter where we sunbathe, we always end up at the lush veranda of Filio taverna for a homey feast – try their oil bread, their vrehtoladea salad and their tsiragotika sausages – divine!

Finally, with a few days just left, we also make it to Kaladi beach with a series of two pebbled beaches and a small cove. The descent of 150 steps is quite ok despite the fact that this beach doesn’t offer umbrellas; there is plenty of shade from the rocks for everyone and even a delivery service from the canteen above for whatever you need… otherwise just wait again for the way back and stop at Filio!

For the more daring ones, the road to Avlemonas, a nearby cute port, is only 15mins away where you can feast over some seafood meze and fish (at last!) at Skandia before you make your way back to Chora.