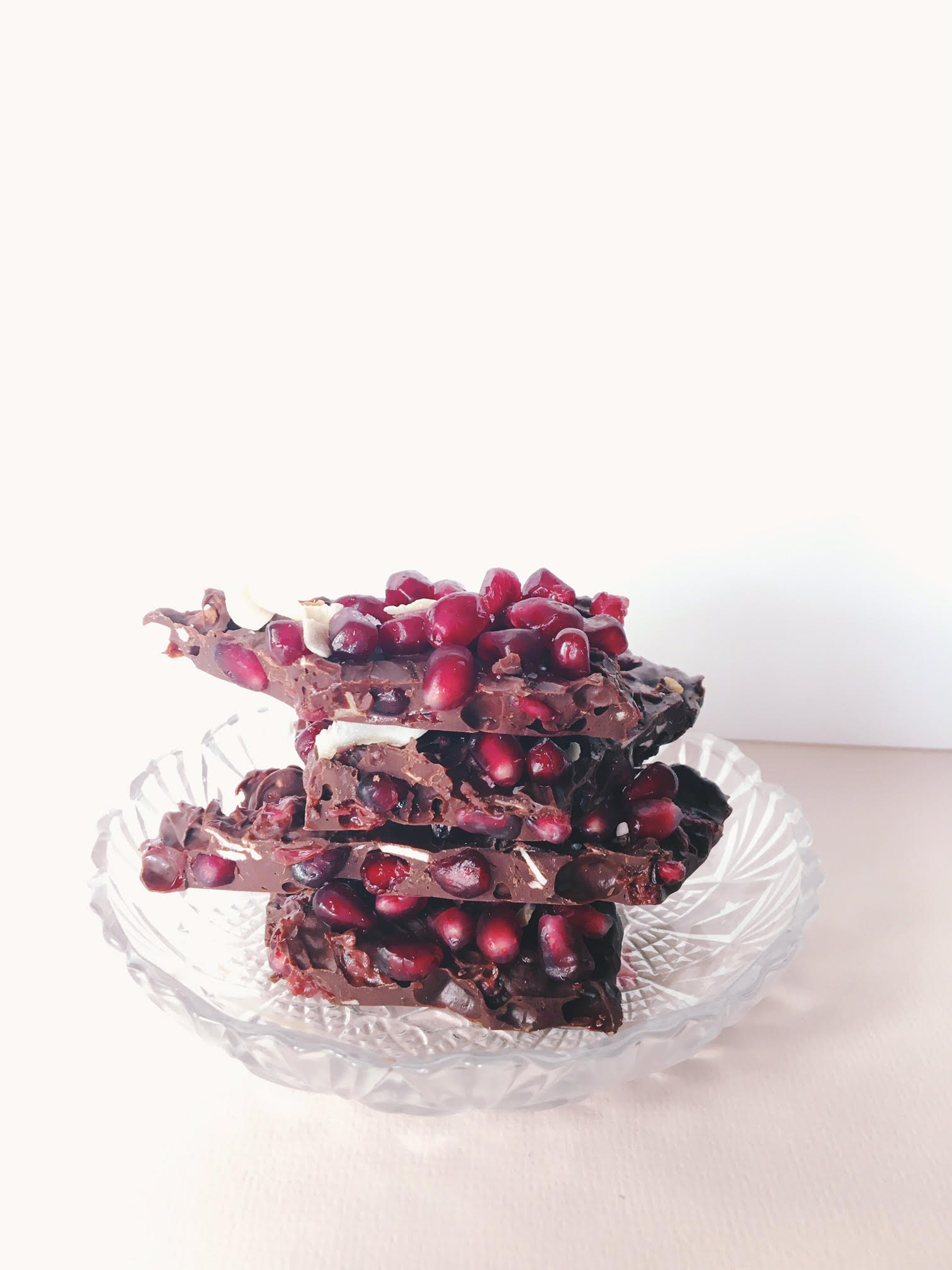 New York: The Vine is not your average hotel lounge 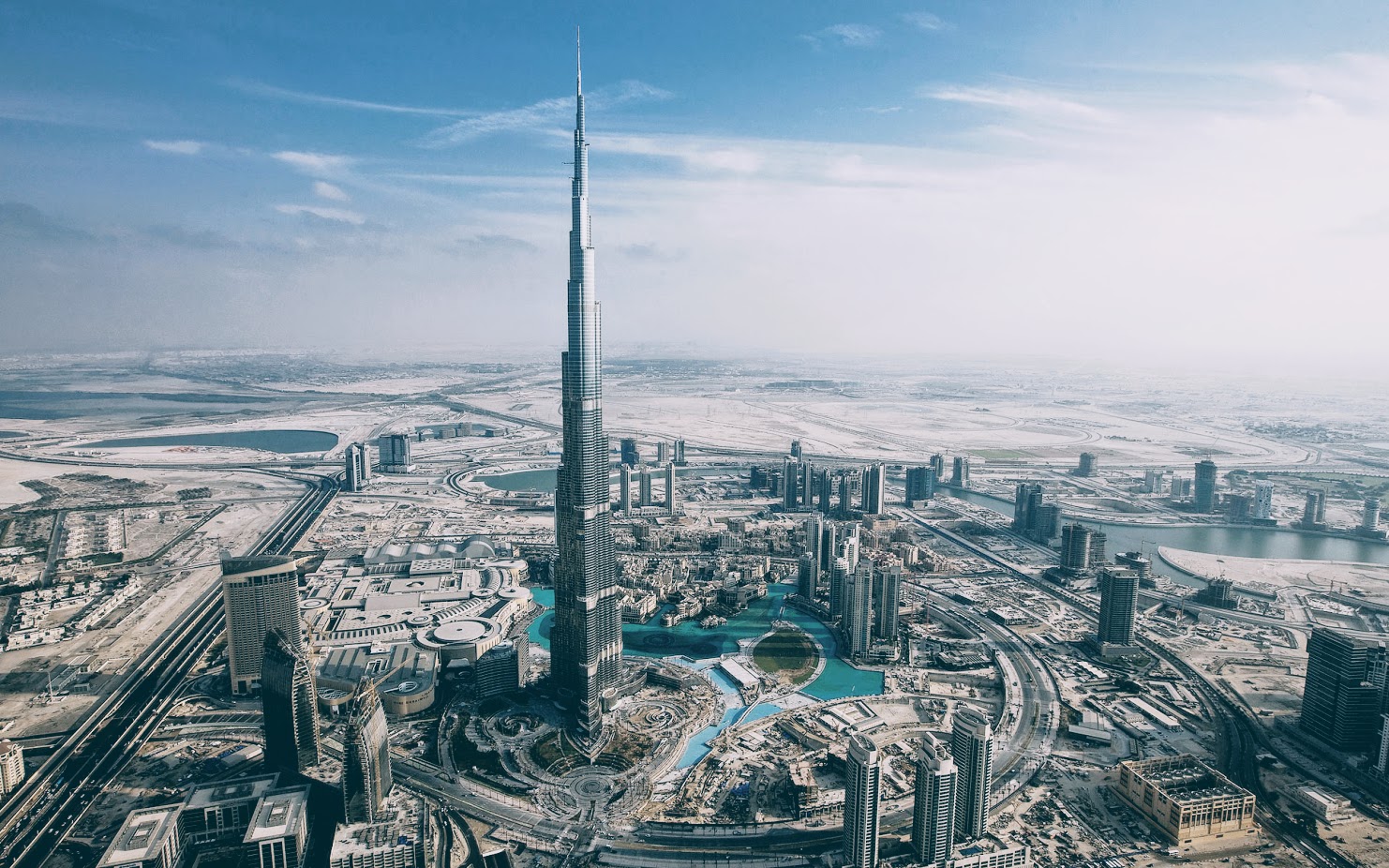 In where once existed only sand, a joint partnership between the ambitious Emiratis and a handful of high-growth private companies has now created Dubai as we know it. An ever growing, high-lux playground for ex-pats and travelers alike.

Forget the Las Vegas fountains, the One World Trade Center (and other tall buildings around the world), the open-air GYMs along Rio’s coastline and the Lambos of London… Dubai has it all! And then some.

I recently visited on business and was overwhelmed by the sheer magnitude of this construction and effort that spans now more than 30 years since its inception. Rashid al Maktoum, who is widely regarded as the driving force behind Dubai’s expansion, had the vision to utilize the region’s natural resources (namely oil) and attract the world’s best for building his empire.

With now 80m travelers passing by each year, Dubai has now put to practice what it once envisioned when it created a coalition with Abu Dhabi (and the rest) to form the United Arab Emirates (UAE). The Tourism Organisation has took on a bet to explode that number to 200m by 2020 when Dubai will host the Expo 2020. By then it’s certain travelers and locals will be using driverless drones for going around, an idea recently presented.

Gone are the times of the crisis around 2008 when high-paid ex-pats were leaving their Lamborghini’s at the airport in search of a better place to work. Dubai is largely still tax-free, despite a VAT being introduced in 2018, and business is thriving especially around the Dubai Marina area where a 7km walkway is already under construction and nearly finished. Apart from luxurious yachts, think of hotels, open-air restaurants, clubs and countless shops.

The Dubai Marina is perfect area for a morning walk, together with the Marina Beach which is ideal for running as they’ve recently installed a soft red-tarmac running track. If you’re not into sports, you can opt for a coffee or drink by the infinity pool of the Address Marina hotel overlooking the yachts and all the action. 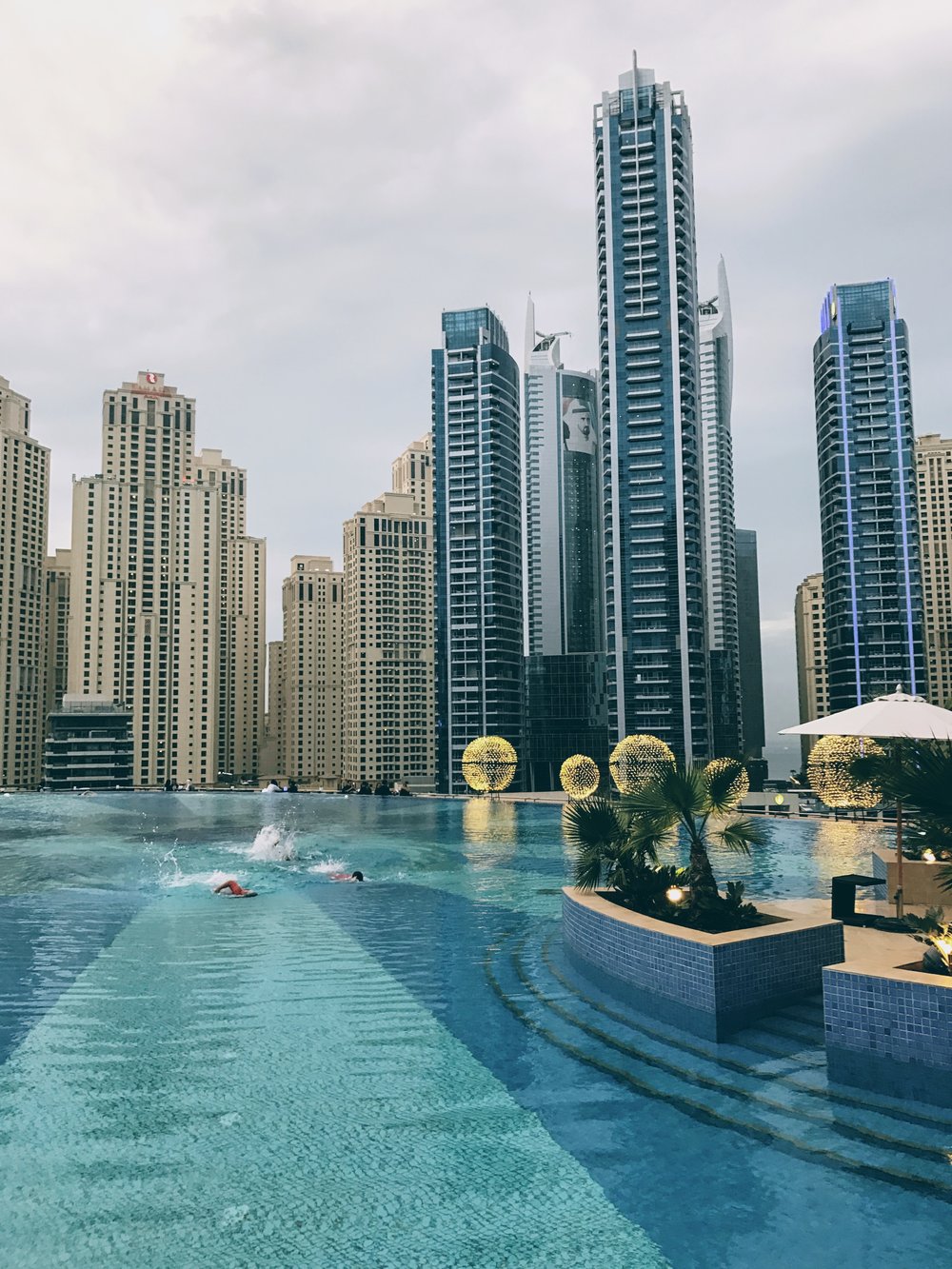 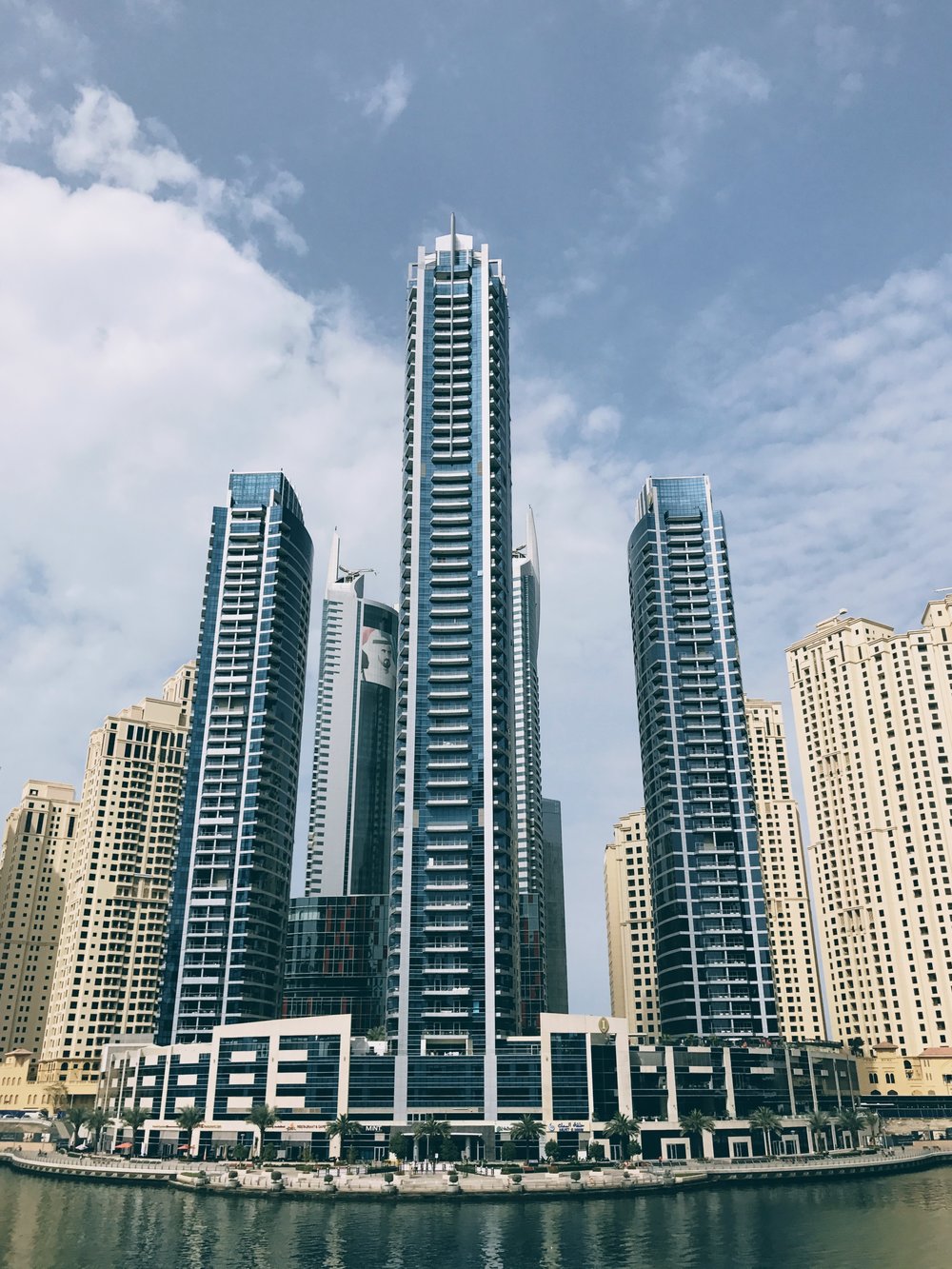 The Palm Jumeirah should also be on your itinerary especially if you’re spending a Friday there (their version of what the rest of the world knows as Saturday) when brunch is served at the restaurants of Zaabel Saray hotel. The Palm is one of the three man-made so-called islands of Dubai which is mostly used for residential purposes. However, you can still walk along the “trunk” of the palm and also visit the hotel at the very end.

If you’re into golden-plated luxury kitsch, then you can’t miss the Burj Al Arab. Used for the most part of it as a hotel, you have to be a hotel guest in order to visit. Otherwise, you can opt for one of the tours or pay a ridiculous amount of around $50 to get in and enjoy just a cup of coffee.

Around the same area (yes, you’ll be needing a taxi to get there) is Alseerkal Avenue, a run-down area of scrap that got transformed into a lively scene of contemporary art. Tom&Serj serve amazing breakfast and great coffee in case you want a break from all the culture. 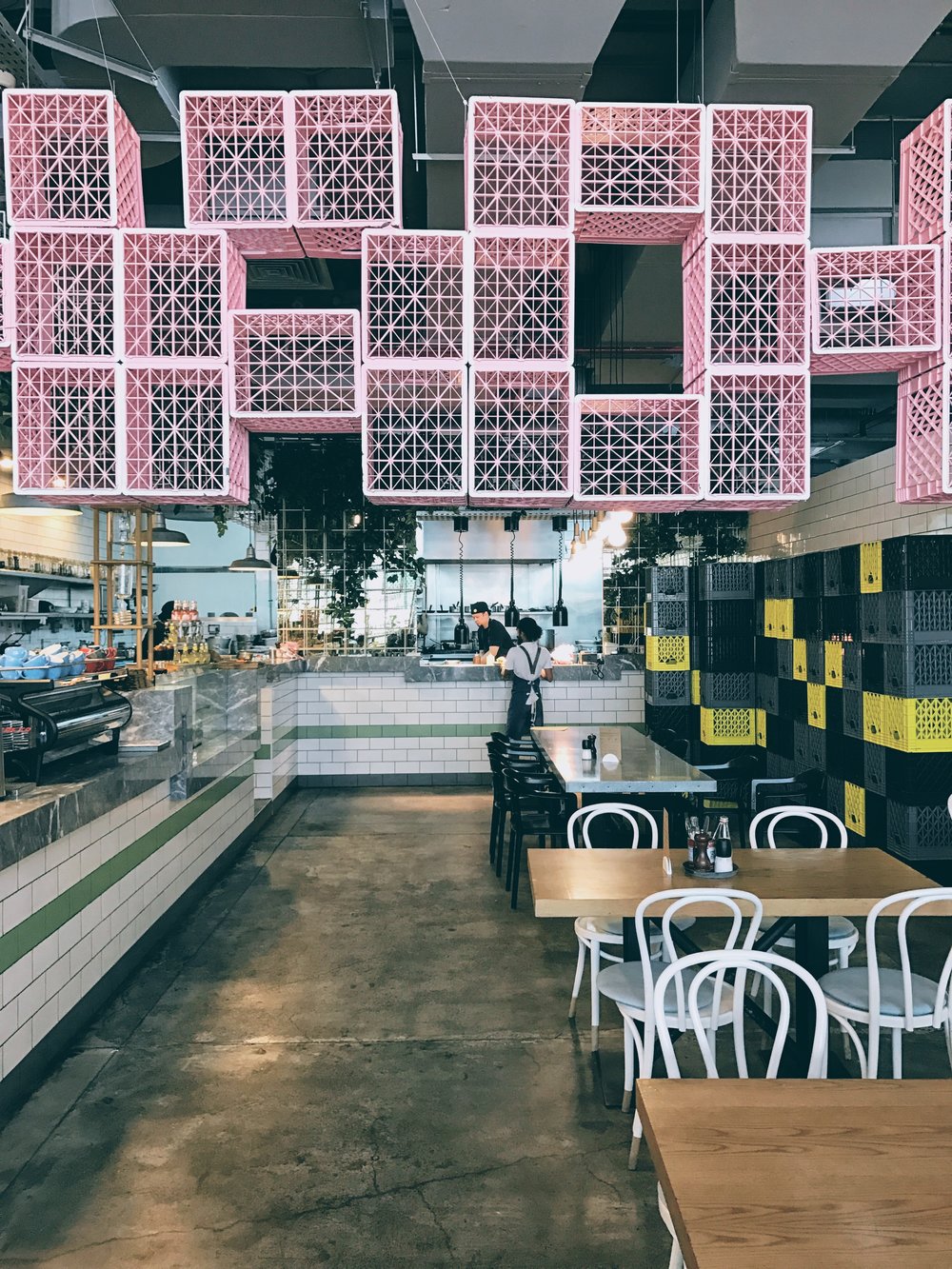 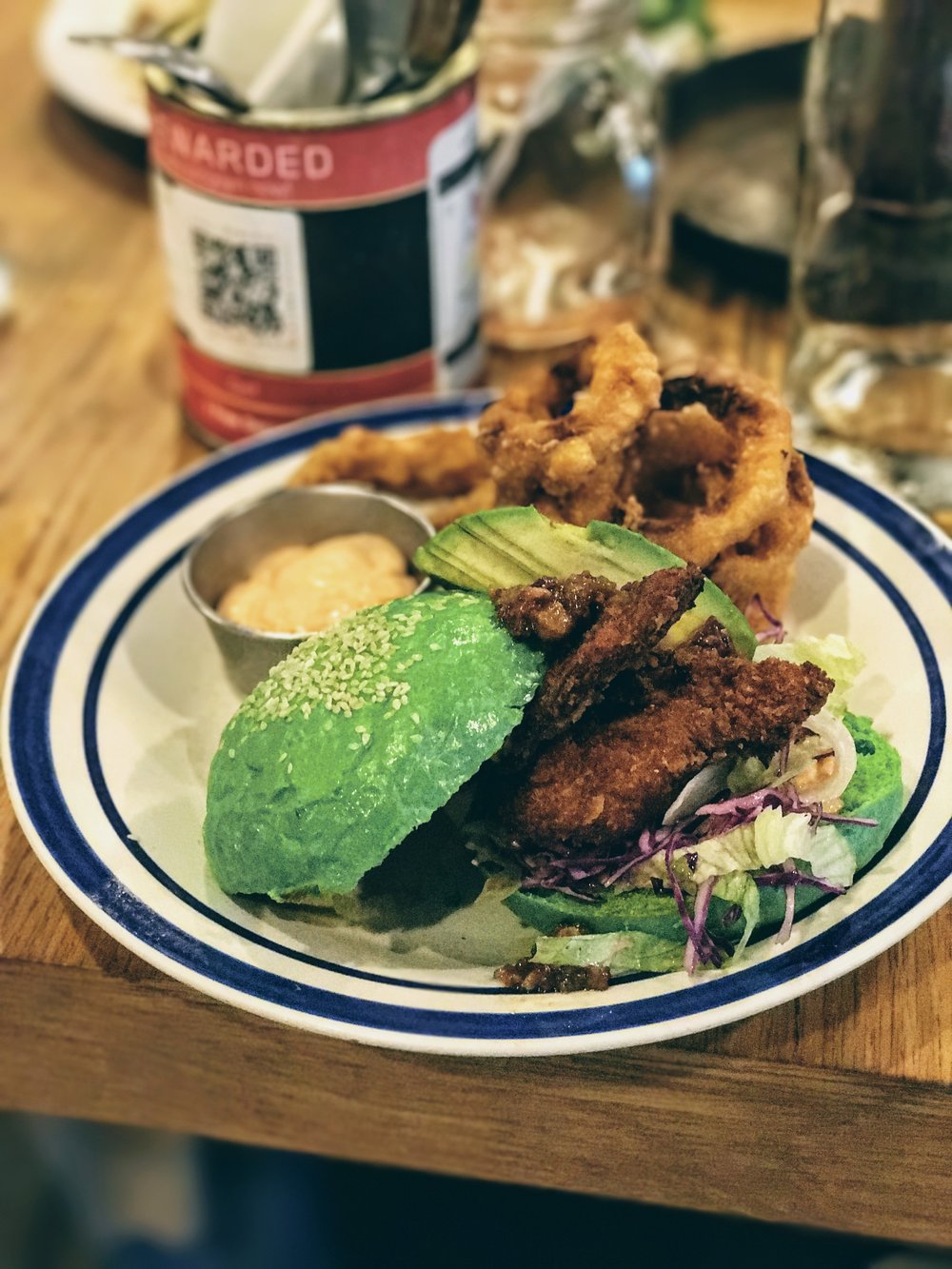 The Dubai International Financial Centre (DIFC) is where most of the business and nightlife action takes place. The district houses hundreds of financial institutions, including wealth funds and private investors, as well as retail outlets, cafés, restaurants, residential space, public green spaces, hotels and art galleries. The Four Seasons DIFC is one of the many touristy attractions in the area and many food establishments have also opened up their Middle East outpost here like Zuma, Gaucho, Cipriani and Burget & Lobster. 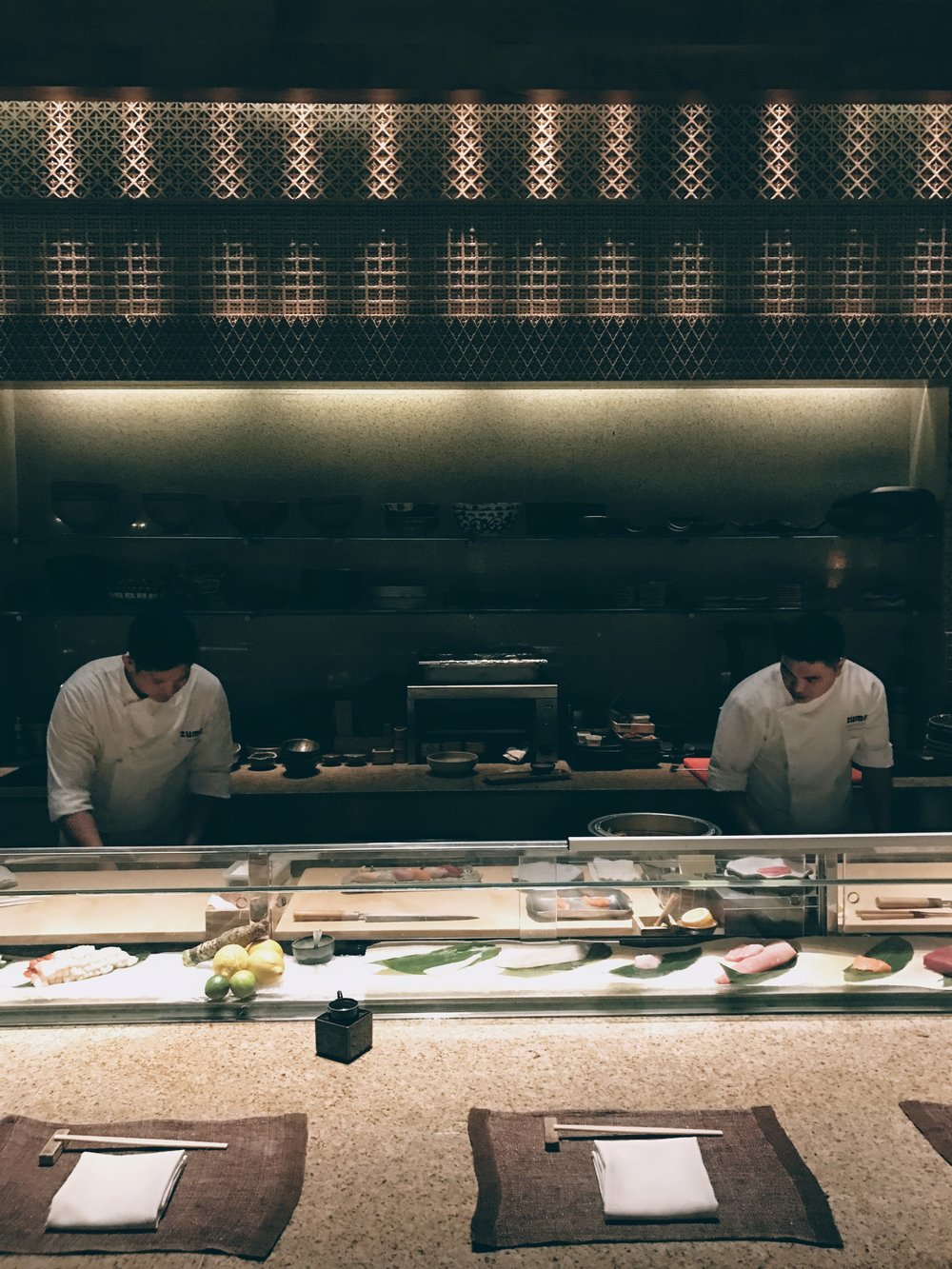 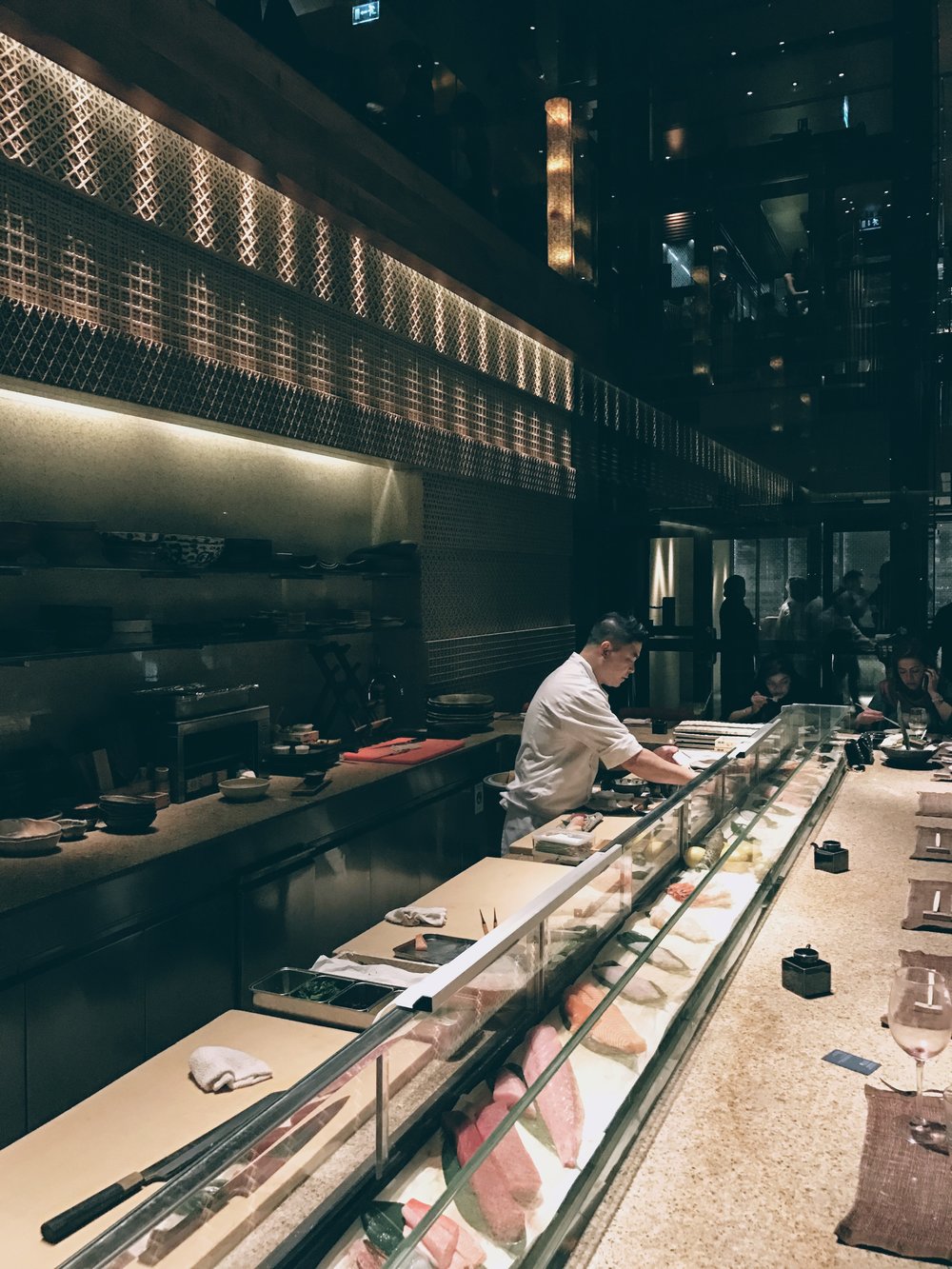 Out and about in Abu Dhabi

If you’re staying a few days in Dubai you’ll quickly be in need of a culture injection. Worry not, Abu Dhabi is only 1hr ride away and chances are you’ll get a breath of fresh air too! With Le Louvre and Guggenheim Museum both being under construction, Abu Dhabi aims to attract more of the culture travelers than those seeking only the desert glitz.

The expansion of the Abu Dhabi airport that will be delivered within 2017 is also a great segway to visit the Grand Mosque, which is the most important and fascinating sight in the area. Built almost in all white, representing peace and purity, the mosque was the vision of Sheikh Zayed bin Sultan Al Nahyan who spent $0.5 billion in an effort to build the largest mosque in the UAE. A 24hr live recital of the holy book, the Quran, is also something unique you’ll hear when you visit.

Just before you take off, make a stop by the Emirates Palace to unwind and indulge in a comforting meal at one of the hotel’s restaurants. The afternoon tea service at the lobby is very good and the snacks too! 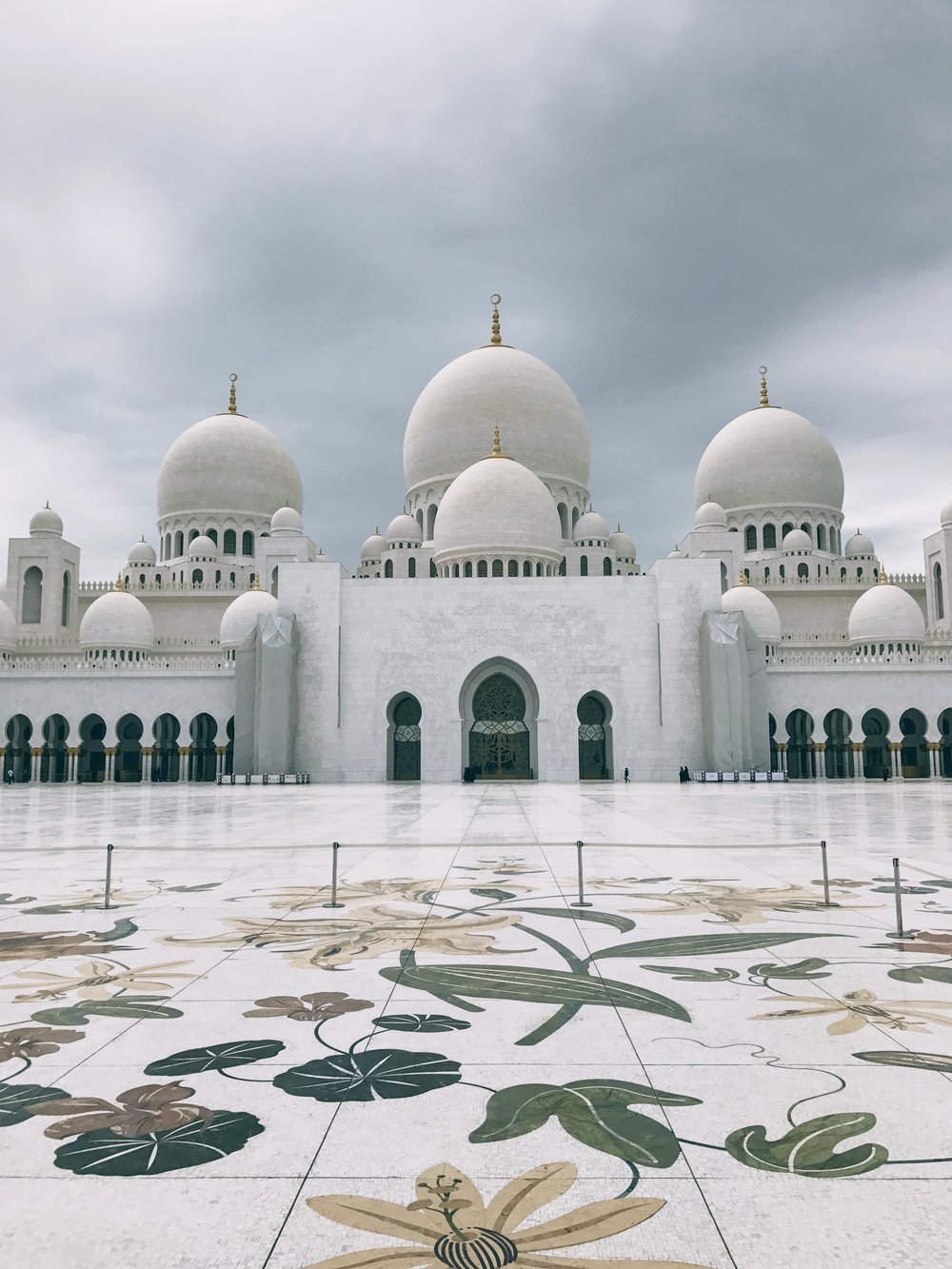 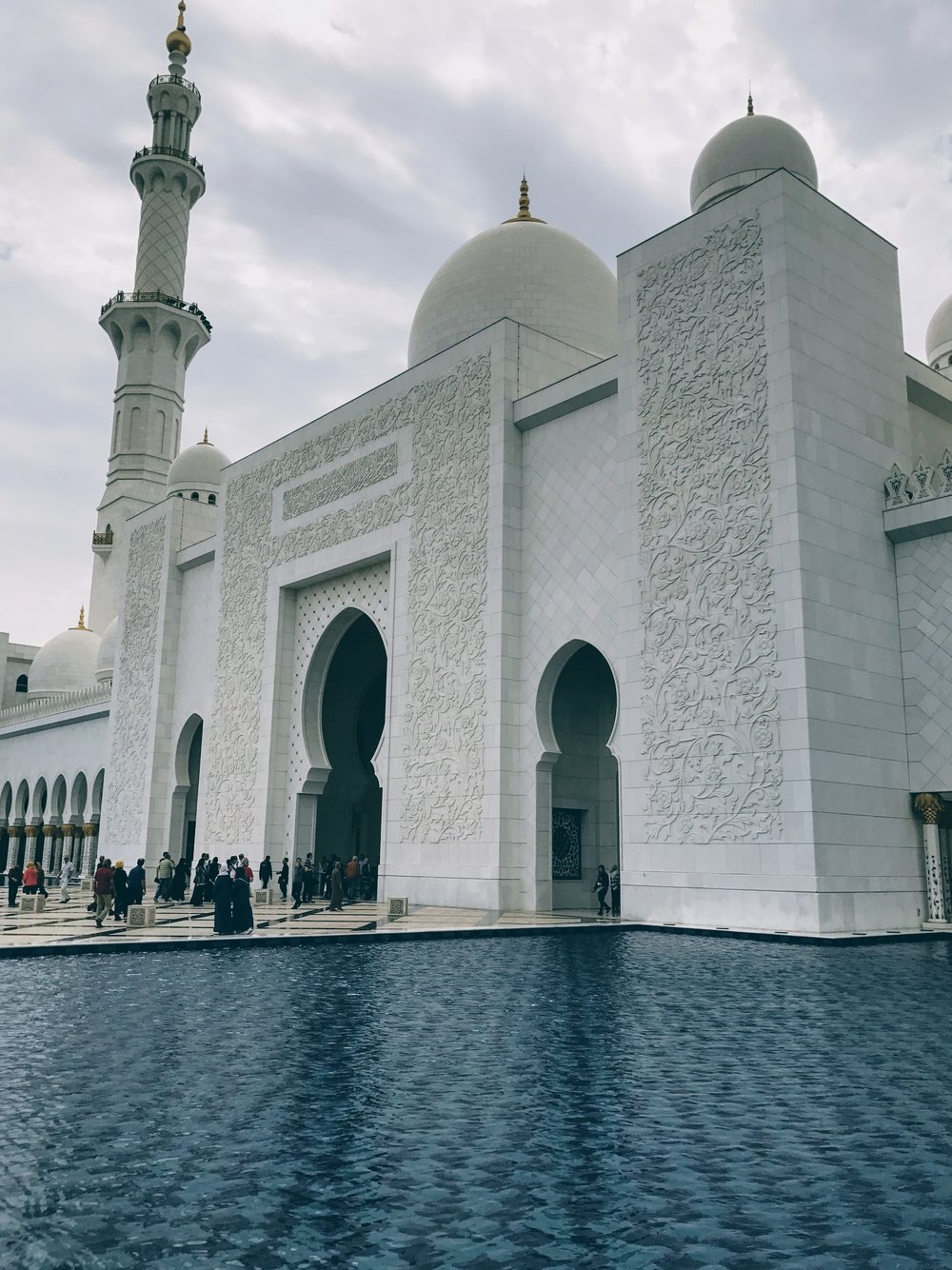 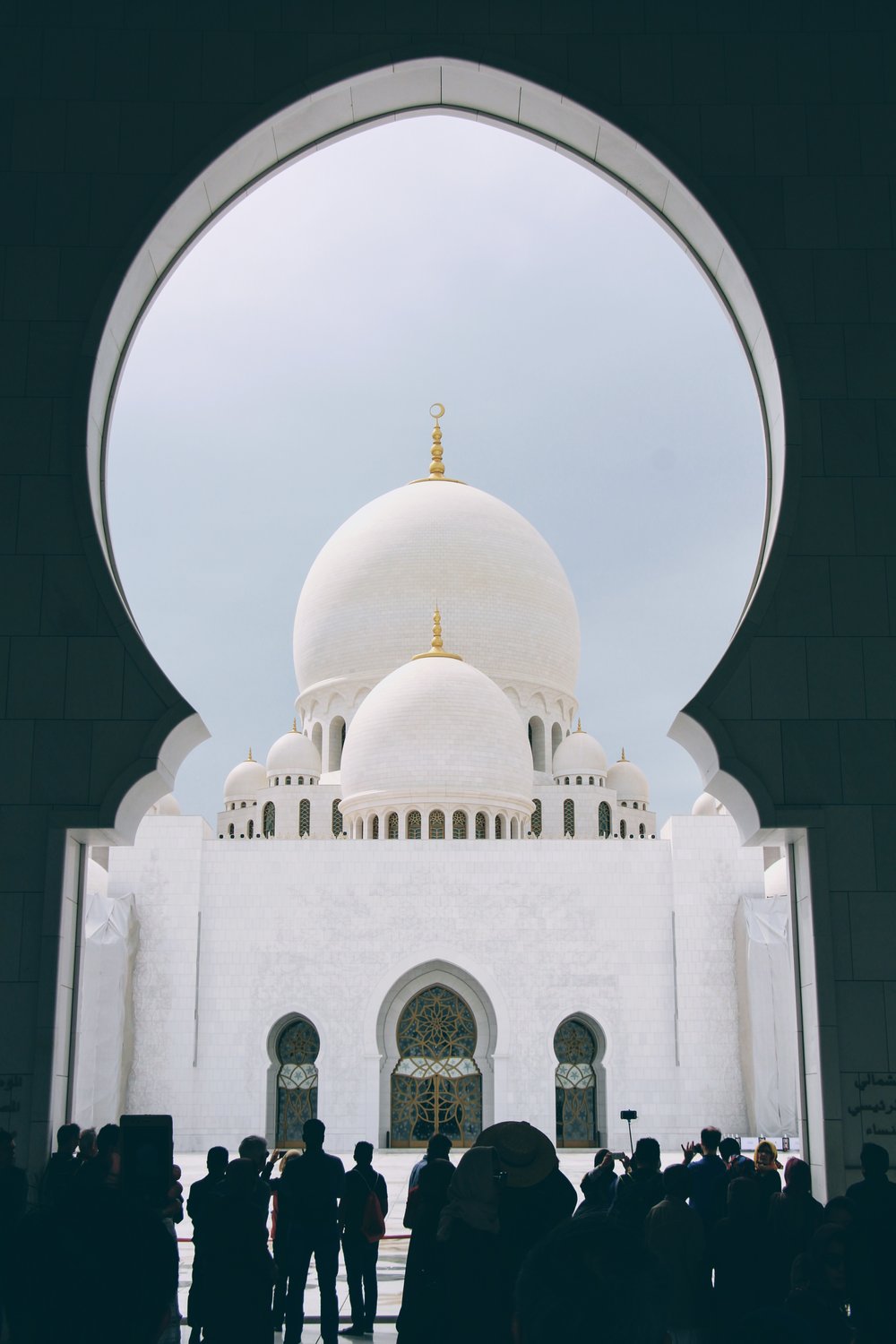 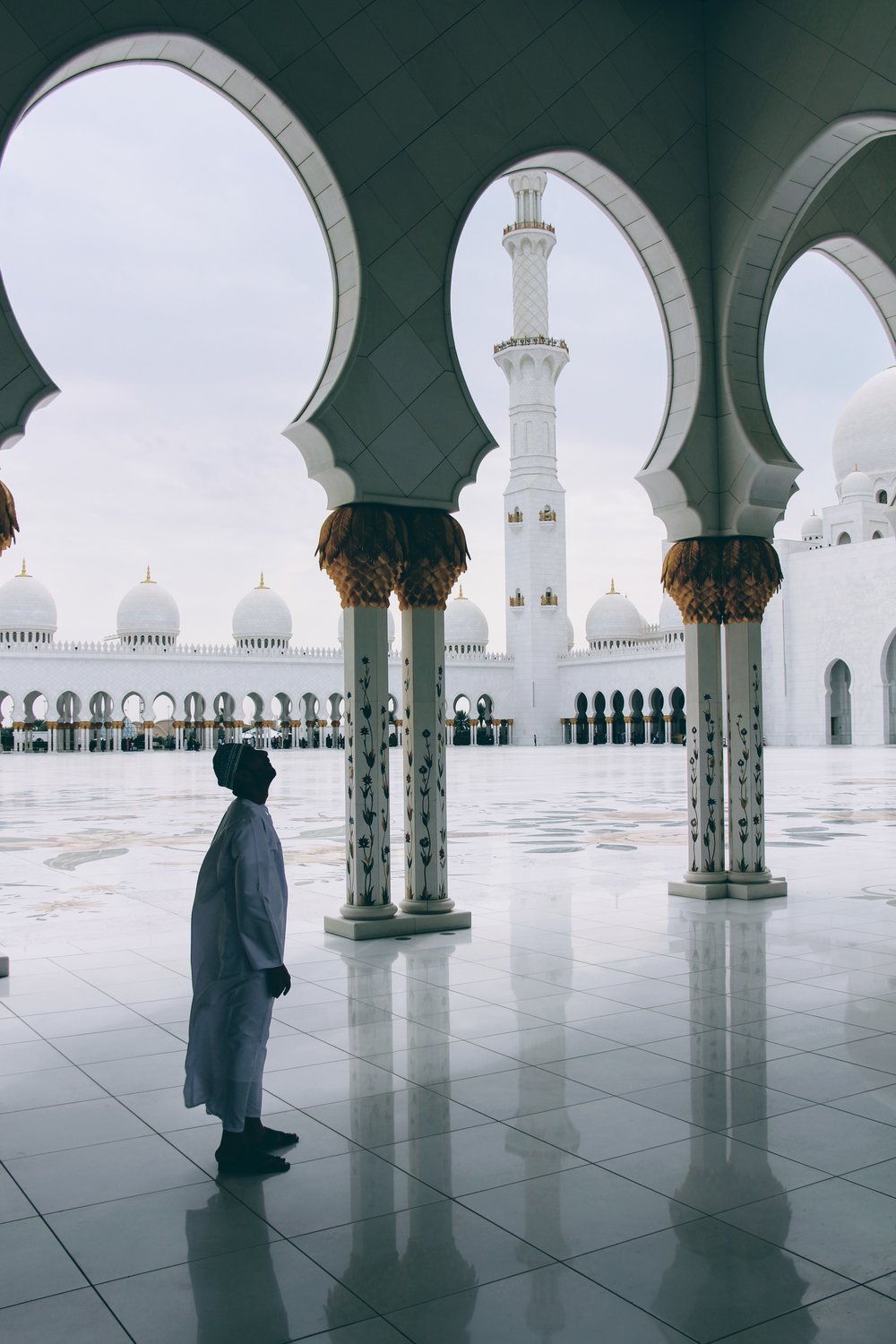 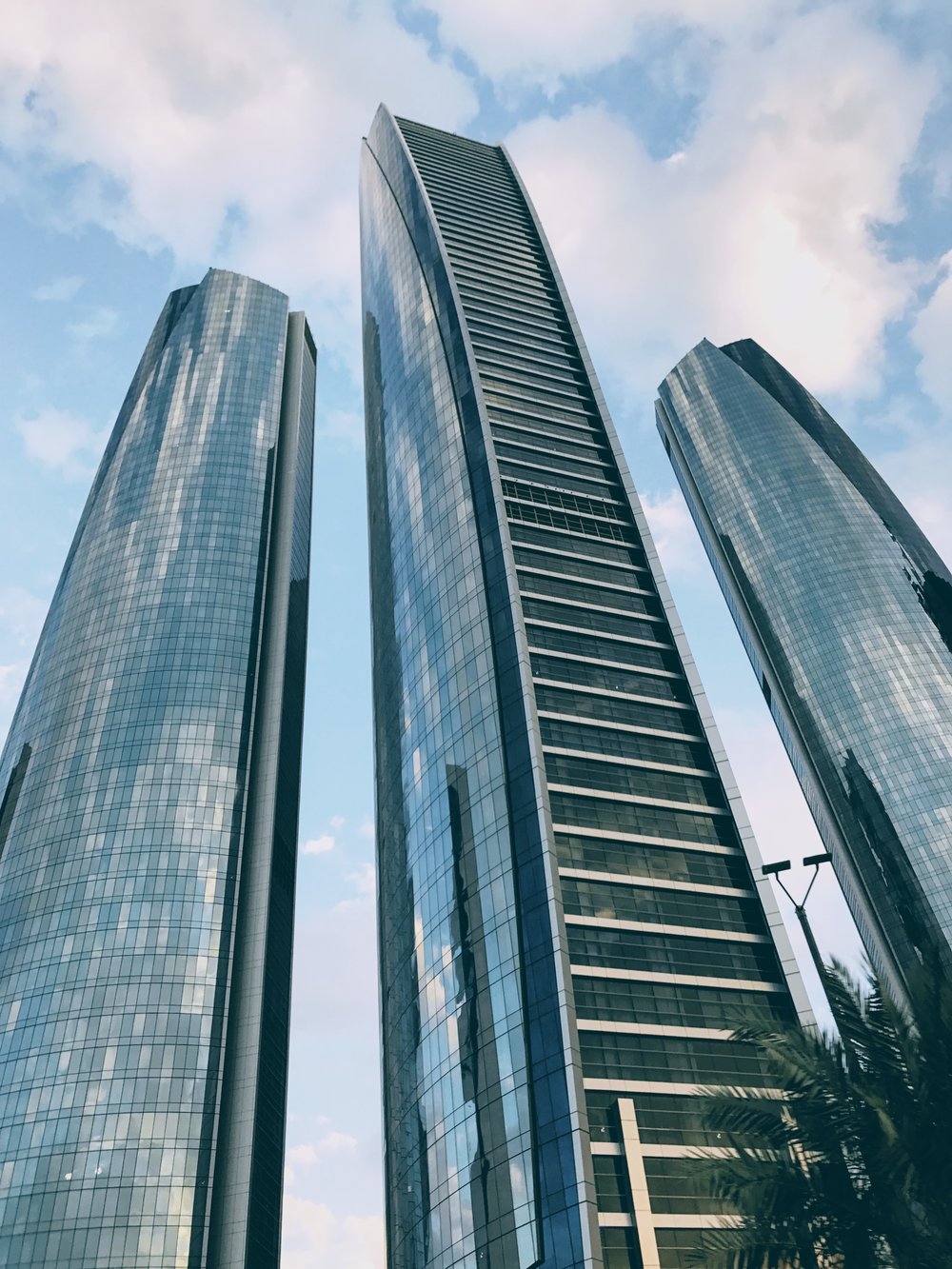 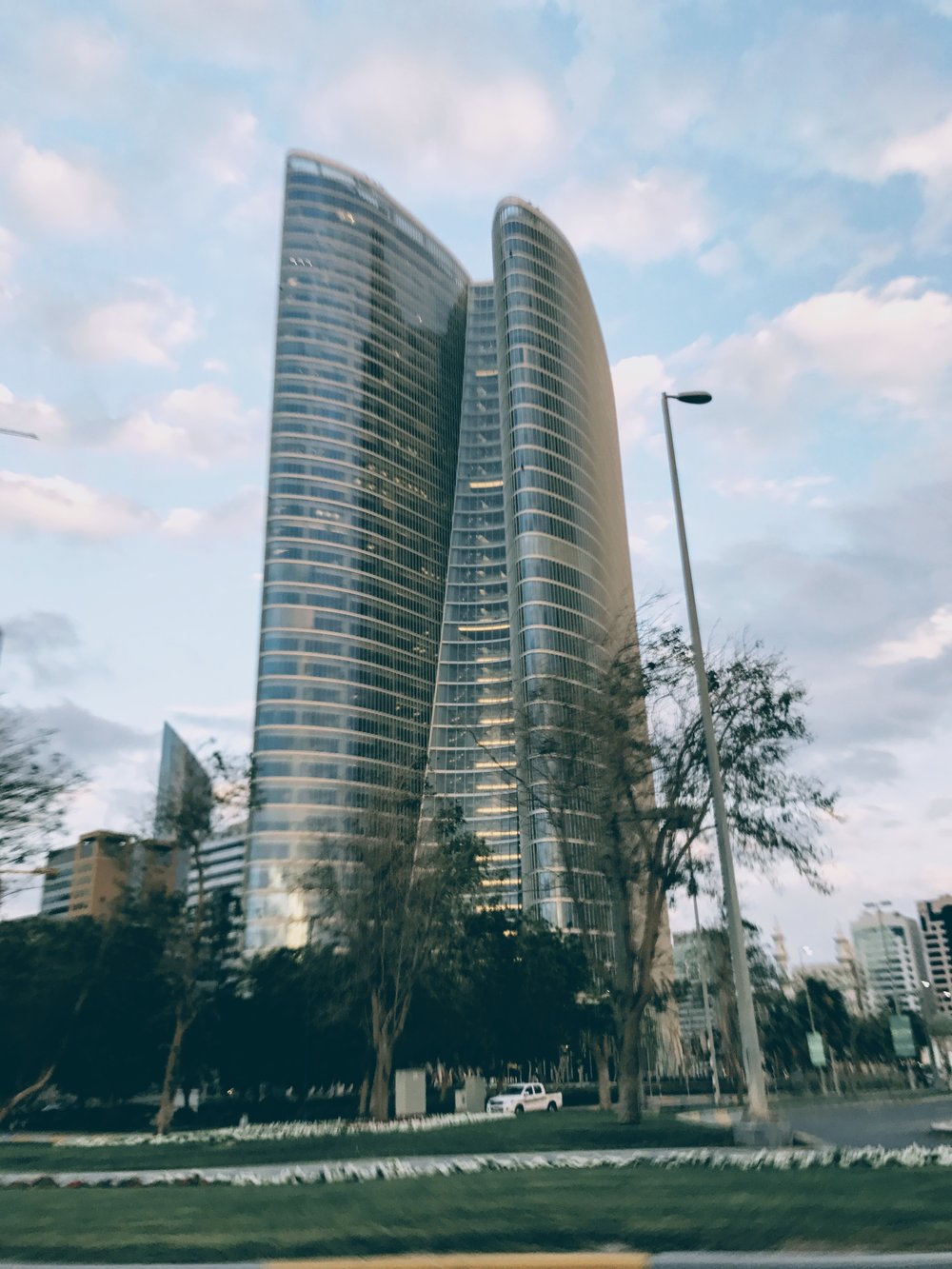 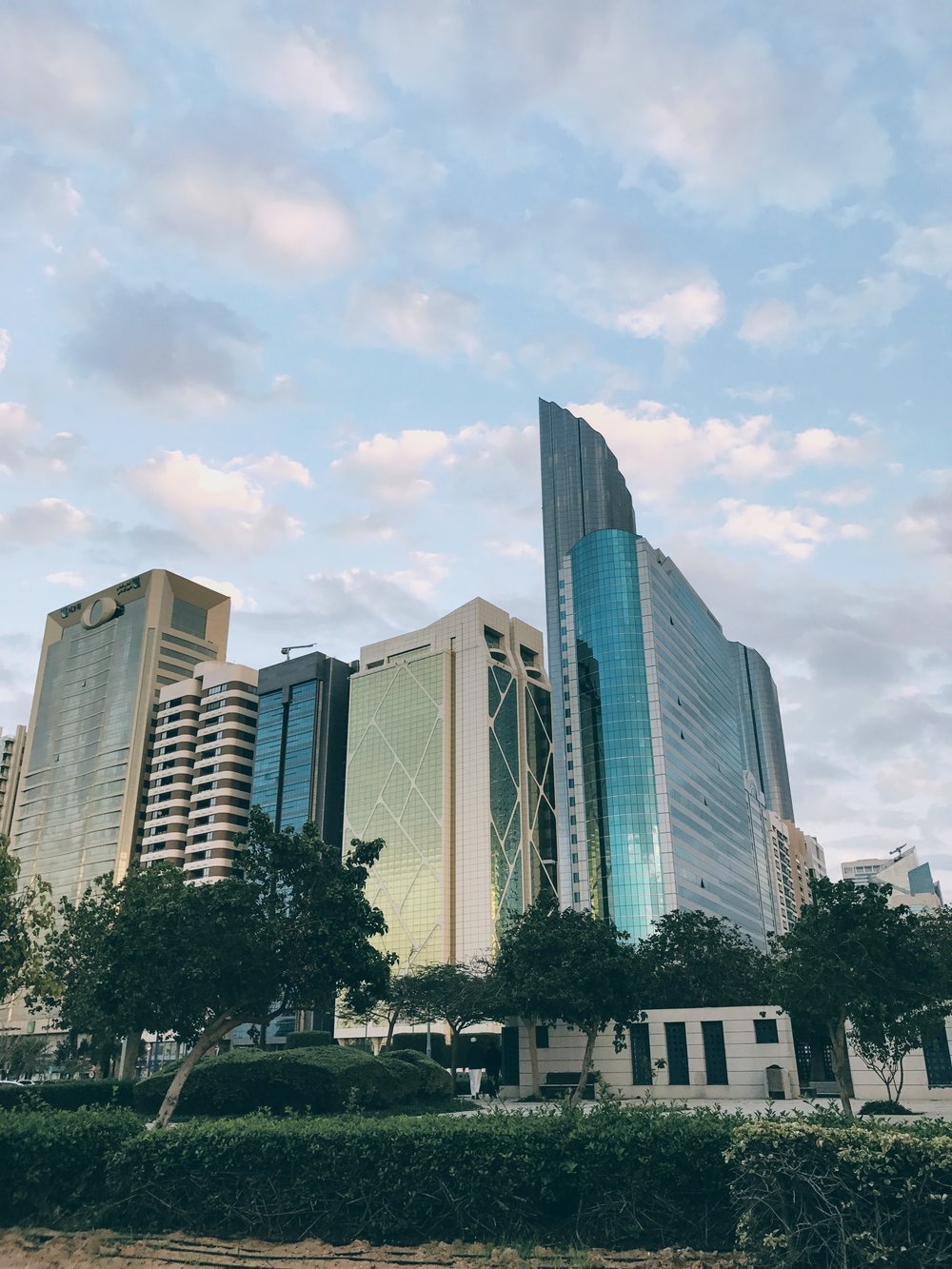 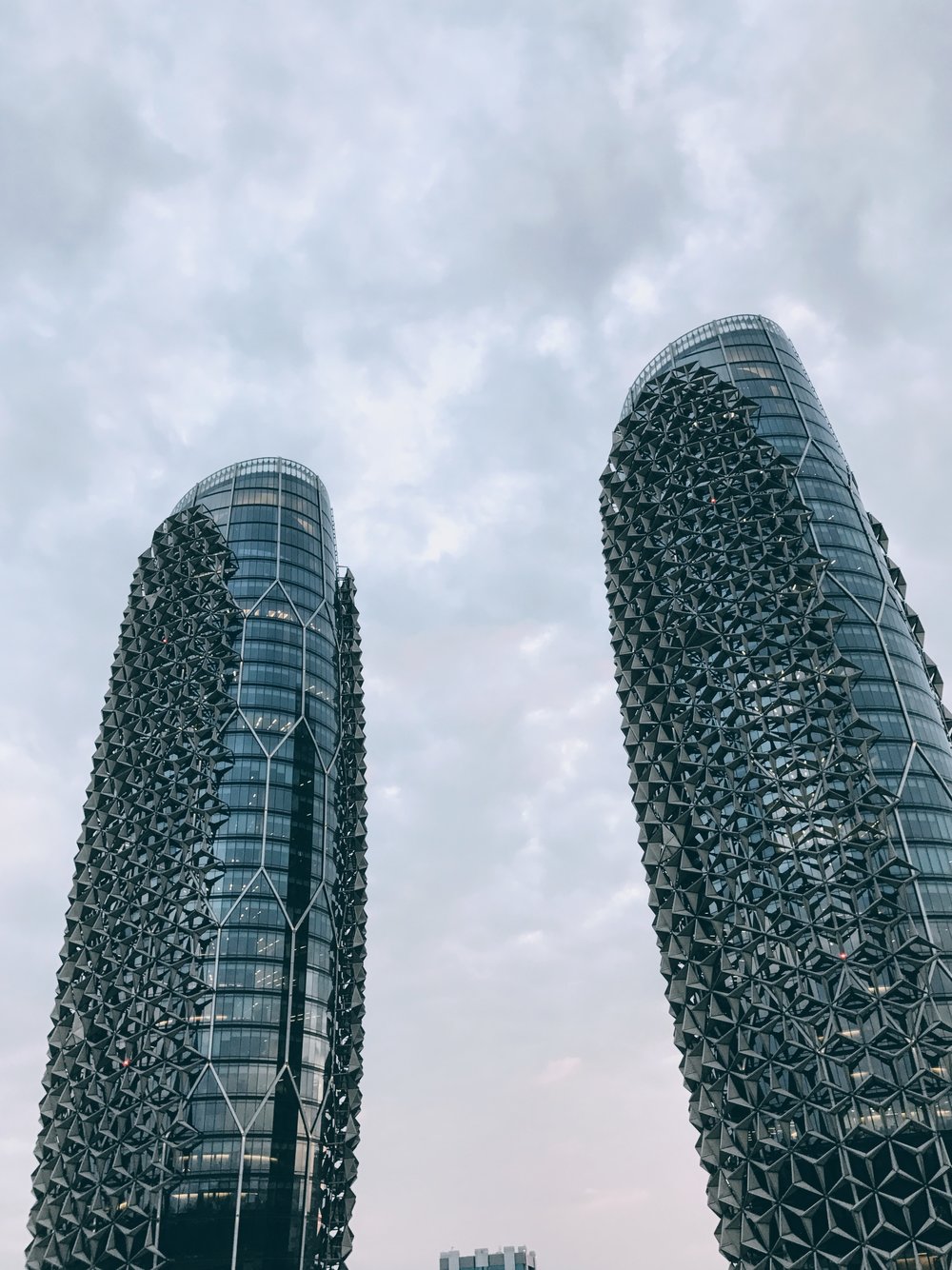