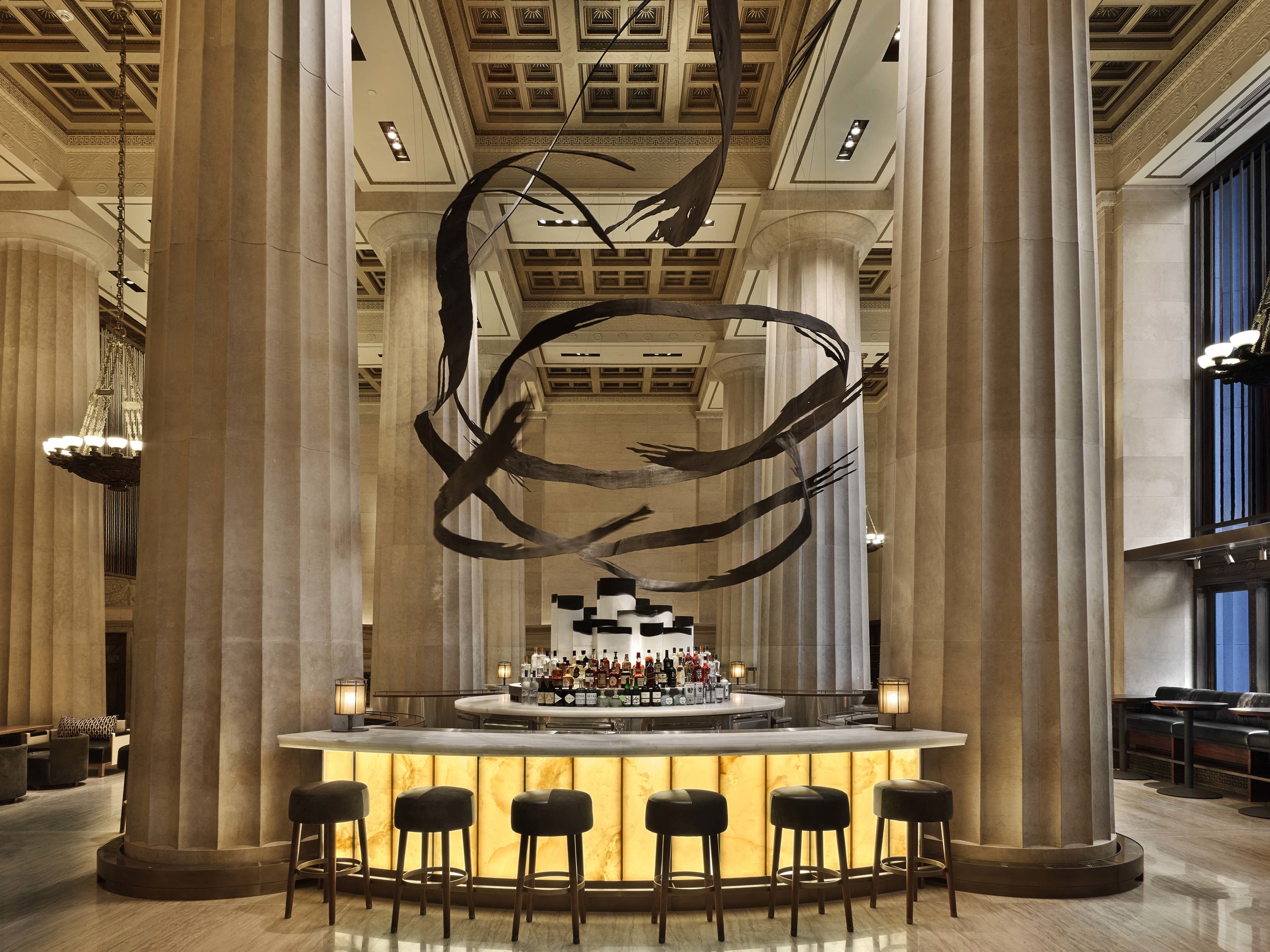 Having completed 23 years from its initial inception down in TriBeCa, Nobu has created a global empire with more than 30 outposts around the globe. Back in New York city, the restaurant has just transitioned to a new more central location in Wall Street.

Like a number of other downtown projects, Nobu is being installed in a majestic commercial building, the former headquarters of AT&T.

A spacious lounge is set in the soaring neoclassical forest of Botticino marble columns in part of the lobby of the building, a landmark that was erected from 1912 to 1922. In the center is a large, circular bar, faced in backlit onyx, serving drinks, bar food and sushi, under black ribbons of wood meant to represent Japanese calligraphy. Upholstery is inspired by weavings from Japan as well as Peru, where Mr. Matsuhisa once lived and worked.

Downstairs, the 152-seat main dining room (about twice the size of the old restaurant and about the size of the dining room at Nobu57 in Midtown) has an undulating ceiling of pale wooden slats. An open kitchen takes up one end, with a sushi bar in front of it. The original Nobu is recalled with walls faced in dark river stones and several angular tree sculptures. Unlike the old place, this one has private dining areas. 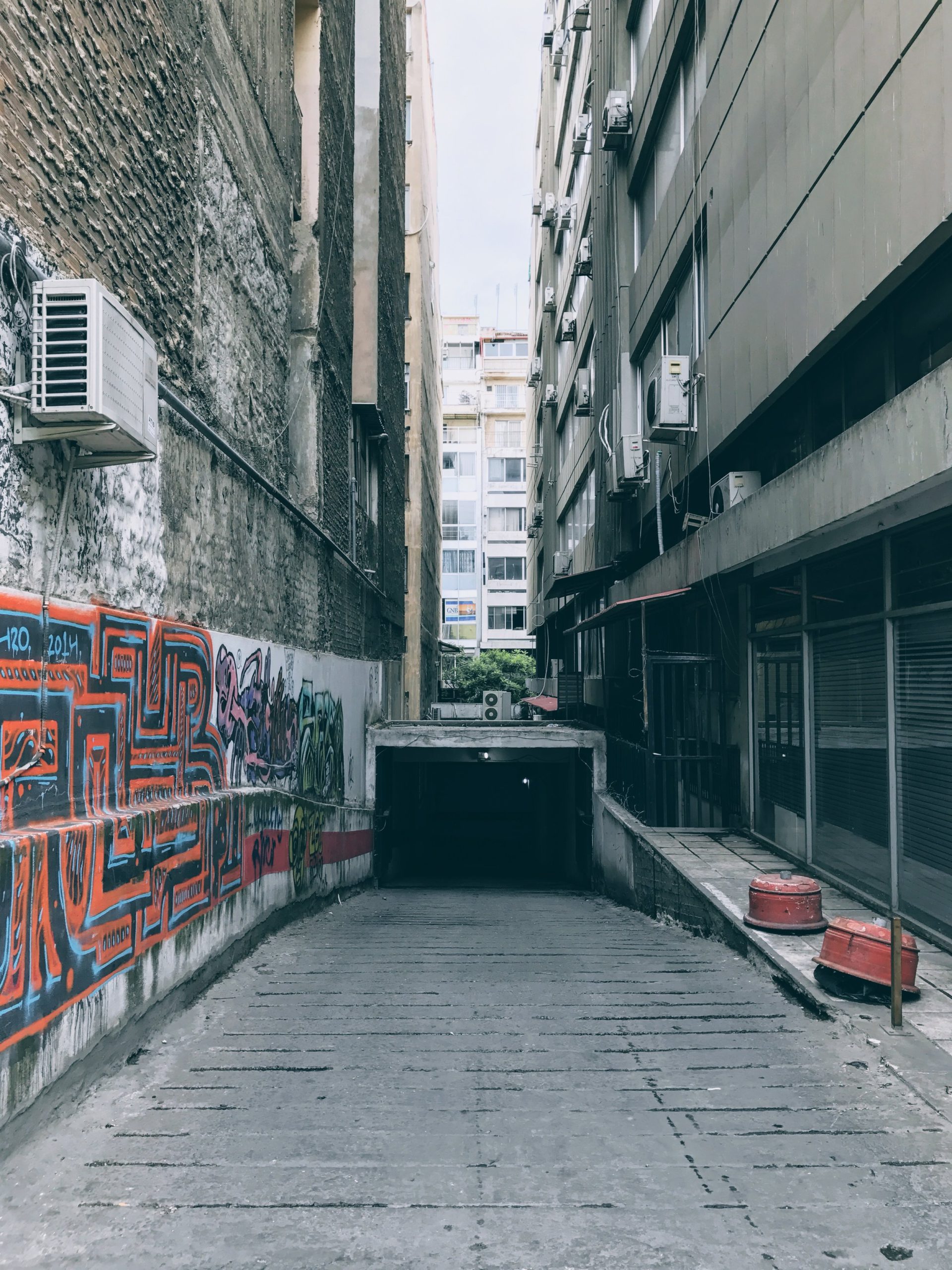 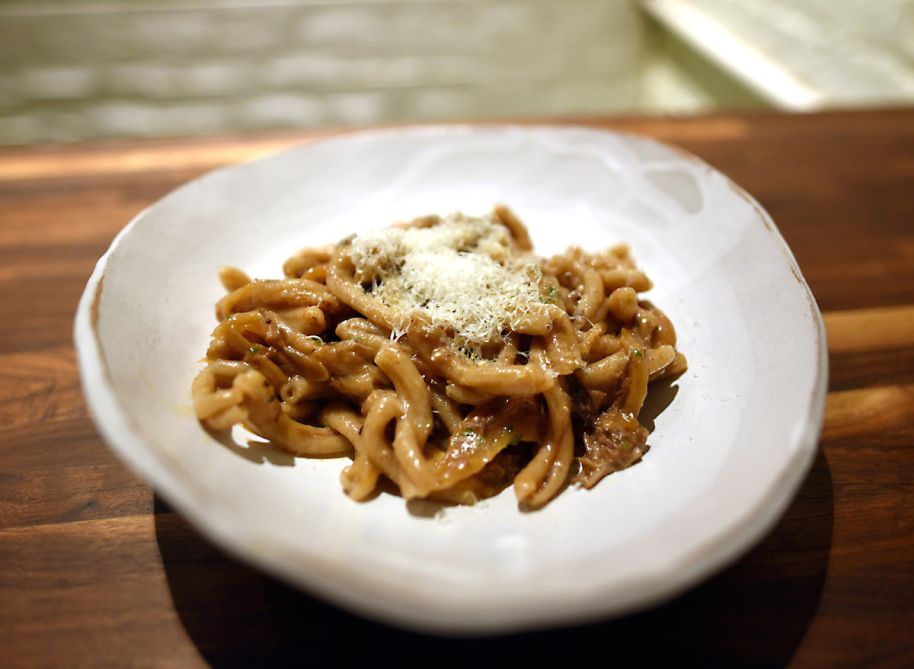 News: Nobu Downtown moves from TriBeCa to Wall Street
1 of 1
PREVIOUS
NEXT
CLOSE