Photojournal: NYC in the fall 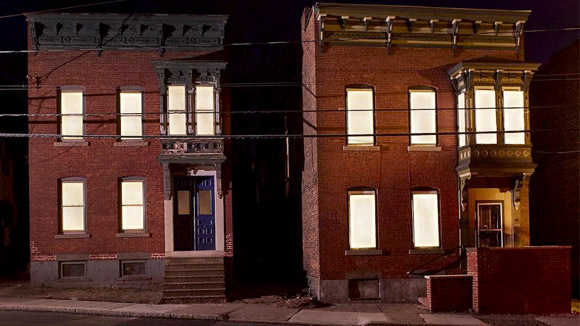 A new art installation is shedding light on thousands of vacant buildings in the Capital Region of upstate New York.

The area, which comprises the cities of Albany, Troy and Schenectady, lost a significant chunk of its population over the past few decades as manufacturing jobs began to disappear. During the months of October and November the windows of about 300 vacant buildings across the cities will be illuminated to raise awareness of the issue in a new installation called “Breathing Lights”. Part of a winning proposal by architect Barb Nelson and artist Adam Frelin for the Bloomberg Philanthropies Public Art Challenge, the installation will see LED lights diffuse a warm glow designed to mimic “the gentle rhythm of human breathing”. The project is coupled with months of programming, including youth media projects, building reclamation clinics, gallery talks and policy discussions aimed at regenerating the community.